"Dance music's primal scene: a writhing, humid murk of sweat-stippled bodies. Sound is a physical presence, an intimate pressure of beat and bass so voluptuously thick it enfolds you, permeates your flesh, and invades your body.You can't work out where the DJ booth is located, can't find the bar, stumble through a jungle of buffeting limbs, until you abandon the idea of orientation altogether and merge with a crowd you feel more than see. Fitful illumination catches the curlicues of smoke, an arched spine, a head thrown back, lips puckered and eyes closed in rapture.

"There's a good reason why all clubs take place in the dark, why many warehouse raves are almost pitch black. It's the same reason you turn the lights low when listening to your favorite album, or wear headphones and shut your eyelids. Diminishing or canceling one sense makes the others more vivid. Dance culture takes this simple fact and uses it to overturn the hierarchical ranking of the senses that places sight at the summit. Visual perception is eclipsed by the audio-tactile, a vibrational continuum in which sound is so massively amplified it's visceral, at once an assault and a caress. The body becomes an ear.

If rave culture and the ever-proliferating forms of techno and house music have any claims to subversive power, one of them might pertain to the way they resist the privileging of the eye in contemporary pop culture. Thanks to the pop promo, MTV, BET (Black Entertainment Television), et al, success in genres like rock, rap and R&B now depends on the videogenic charisma of the star vocalist, even on a measure of acting skill. The ability to bust cool dance moves in front of the camera is more important than vocal skills: a weak or erratic voice can be enhanced and salvaged using studio techniques; whereas an inability to move elegantly to syncopated rhythm---Whitney Houston, for instance--can only be masked by above-the-waist shots and quick cut-aways to the backing dancers. Part of techno's "underground"-ness relates to its refusal of this culture of the icon, of spell-bound, enthralled fascination. For video is about spectatorship (almost by definition, if you're watching a video, you're not dancing; it's hard to focus on a screen when you're shaking your stuff), whereas club and rave culture are about participation.

At a more phenomenological level, sound is about involvement and impact, whereas sight contains an intrinsic distance and detachment. "I don't see anything when I hear this music," says Nico Sykes, the engineer/producer/owner of drum 'n' bass label No U Turn. "One of the things it does for me is stop me thinking about that, I'm just absorbed with the sound. I don't get lots of images of rushing down steel corridors of the future fighting aliens or exploring some zone---I'm an audio man.Visually I'm pretty dead."

"Although many people on the dancefloor close their eyes to watch their own music-catalyzed and often drug-enhanced "eyelid movies," and most clubs have some kind of visual element (fluorescent backdrops, lasers scything through clouds of dry ice, use of strobes or "black light"/UV, back projected videos, etc), Sykes's comment does crystallize techno culture's relative indifference to the visual and its re-privileging of the ear's primacy.There's a kind of sliding-scale ratio between the visual and the sonic: the more underground the club or party, the less there will be in terms of visual divertissement; the more hardcore the scene, the less there is to be seen. Of course, financial factors go some way to accounting for this; promoters of underground, small-scale parties have less money to spend on visual spectacle than the mini-corporations that run "superclubs" or organize huge commercial raves. But the fact that they choose to skimp on visuals and decor in order to have enough funds for a powerful sound system again reinforces the priorisation of the aural in techno culture. Essentially, the purer and truer to techno's "spirit" a club or scene is, the more it is "dead" to vision.

All of this goes some way to explaining the relatively underdeveloped nature of techno and electronic dance music videos. A genre predicated on the stripping away of pop/rock/rap's iconic apparatus of stars and stage spectacle in order to facilitate a massive reinvestment in pure sonic intensity, is almost inevitably going to create something of an imagery/music gap. What's striking about most electronica videos is the lag between the futurism and alien-ness of the music and the visuals...

Still insanely exciting, as sound and as sight

And at the time, I bought into the whole thing, I was just young enough then to plunge fully into it without reservation.

Hand-painted the Antz regalia on various garments... there are pictures of me with the white stripe and an attempt at the look. 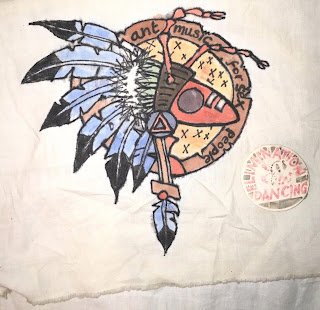 How did I do that? Indian ink? Felt tips? Can't remember.

The little faded self-made badge says "Elimination Dancing" - a Bow Wow Wow song.  In the middle, those are meant to be shoe movements as in a diagram of steps in a guide to dancing. But that  must be from later on, as the debut album, on which "Elimination" appeared, didn't come out for quite a while after Kings of the Wild Frontier. 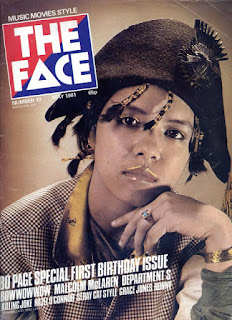 I was totally into Bow Wow Wow as well -  even more so really. The whole McLaren-inspired caboodle. Even bought my girlfriend a Westwood frock from World's End which had found its way to an Oxford shop -  cost a fortune it did (for a student-grant recipient). She never wore it once! But she did come with me to see Bow Wow Wow in St Albans - and conceded afterwards "there's something to be said for the primitive". (She was more into classical music, Mahler, that kind of thing).

Of course nowadays these appropriations by Adam and crew  - the Burundi drums, the Apache whoops, the stripe across the nose, the reference to lost tribal potencies and red skin under the white skin held down by centuries of taming - these would be shamed out of its existence.  And not without reason I suppose....

From Jim Morrison and his dead Indian souls scattered on dawn's highway bleeding (then jumping inside his fragile eggshell mind), through to Adam and The (Southern Death) Cult, to Ke$ha's head-dresses, and probably a dozen other examples, there is a stern dissertation to be written about exoticist / primalist projections towards the Native American / First Nations. 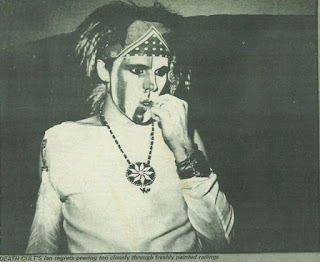 Even Kate Bush with her "The Dreaming" might get a scowl.

In the case of Bow Wow Wow, some of the guitar parts and vocal melodies were directly stolen from Soweto songs.

Talking about Adam Ant and the image/sound makeover that McLaren as conceptualist-for-hire came up for him, that turned him into a pop star...

One of my favoritest stories in all of rock'n'roll is about Darby Crash from the Germs.

Like the whole LA punk scene really, his thing was massively based on English punk. (As opposed to NYCBGBs). Indeed I believe before punk Crash and that lot were Anglophile glam fans, Bowie-ites who went down to Rodney's English Disco etc.  Always looking to the UK. It's an LA thing.

Then he goes to England and sees the Antz just after the McLaren make-over.

Comes back to LA with a white stripe across his nose, telling everyone "this is the new thing", urging anyone who'll listen to get with the new program that he's brought back word like Moses with the tablets of stone.

I think I like the story because I'm never convinced there's anything there, with the Germs. 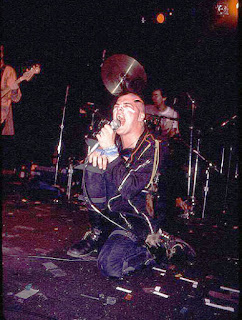 Still at least he inspired one of my top 5 pieces of music of 21 C so far. 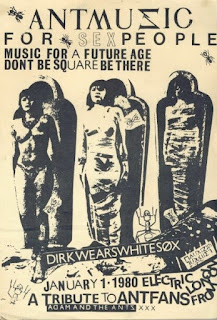 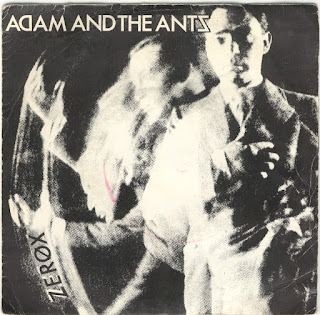 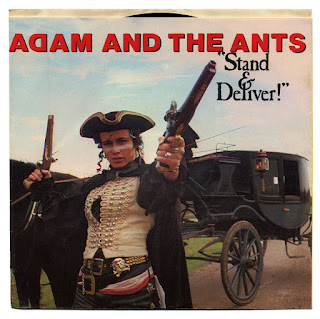 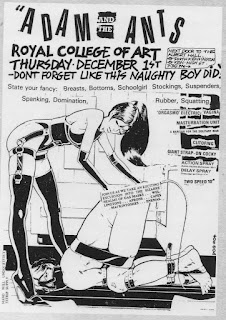 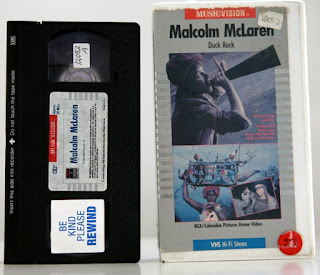 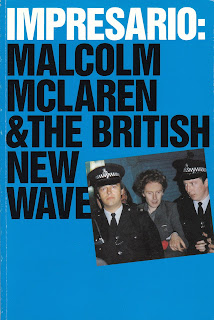 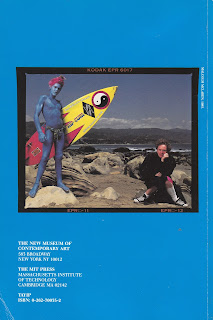 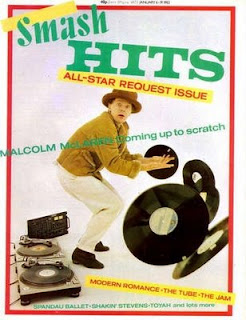 "Dance music's primal scene: a writhing, humid murk of sweat-stippled bodies. Sound is a physical presence, an intimate pressure of...