from Glow Aesthetics, a piece at Real Life about how
"ubiquitous cameras are changing the meaning of makeup" by Dalia Barghouty

"In the cosmetics aisle in the drugstore, the influence of social media and the cameras we carry with us everywhere is evident. Wet-n-Wild’s display boasts a comparison of a woman’s face with and without their product, asserting that their highlighters are not only good, but specifically good for being captured by your phone....

"In sharing her images, Kardashian West claimed that highlighting gives “skin a natural, glowing look, especially on camera,” attributing naturalness to what is also at once a conspicuous enhancement of “glow.” Similarly, the name of Revlon’s PhotoReady Candid collection suggests a reversal of the common and tired presumption that makeup is a form of falsity or deception.....

"Our image on a screen is increasingly how we “really” look to other people, leading to new ways to augment our self-presentation. Social media feeds teem with neon, prismatic shimmers, chrome, filters, and glow. Snapchat and TikTok effects sparkle and glimmer. People share their “golden hour” looks — trendy selfies taken before sunset or after dawn, resulting in an elusive glow....

"some of these augmentative effects are created with algorithms, filters, and other forms of digital postproduction. But some have long been created on the surface of the skin rather than the image, with makeup highlighters to accentuate and brighten the face and body. Along with contouring, highlighting can create the perception of depth or angles on the face, leaving every area of the skin it touches luminous and glowing in a way that seems to pop in image feeds, capturing attention with an eye-catching gleam as users scroll through. Unlike strictly digital effects, these analog efforts to produce glow foreground the paradoxes inherent in being equally present in images, feeds, and physical spaces simultaneously. They evoke not an edit of reality but something that is at once a process of transformation and its realization."

"Where Kardashian West pursued a “natural” glowing highlight, glow aesthetics can also celebrate deliberately excessive highlighter use. There has been a vogue recently for ostentatious, almost unwearable displays of makeup glow across the range of social media users... As opposed to more additive forms of makeup meant to masquerade or completely transform, highlighter in its translucent sheen scintillates across the face and body, in and out of focus, allowing us to luxuriate in the sheer self for an instant. Glow can appear to happen to us spontaneously, even when we deliberately pursue it, allowing augmentation also to play out as a discovery. This light is captured via the flash of a phone camera and then shared on social media, resulting in a “more real” self-presentation. Makeup then works as not a tool of artifice but a way to manifest our being on and in relation to our camera lens, our screen, and ourselves.

."...Highlighters, in their excess, suggest a glimmer of an “embodied singularity” — the body’s implication in a single instant in space and time. But the highlighted face, an aesthetic representation of our very embodiedness, is not free from the tendrils of capitalist semiotics...."

- January 12, 2020
Email ThisBlogThis!Share to TwitterShare to FacebookShare to Pinterest
Labels: digital glam, make up, masquerade, the presentation of self in digital everyday life

from Glow Aesthetics , a piece at Real Life about how "ubiquitous cameras are changing the meaning of makeup" by Dali... 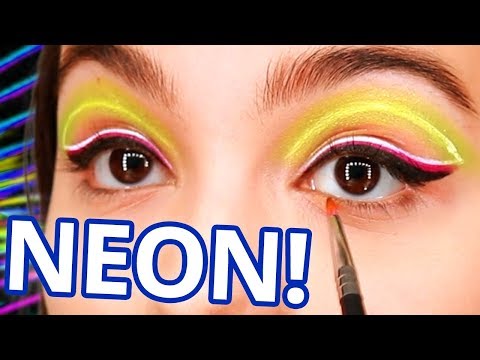