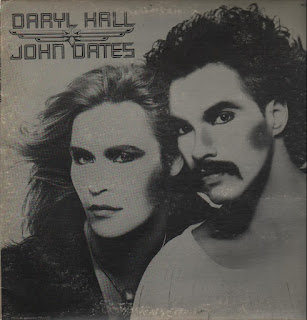 from 1975, lagging behind the times

make-up and styling by Pierre LaRoche, who was Bowie's cosmetologist

Daryl Hall apparently later commented that on this album cover he "looked like "the girl I always wanted to go out with"
- May 29, 2019
Email ThisBlogThis!Share to TwitterShare to FacebookShare to Pinterest