Magic Unrealism, or, The President of Ambrosia

The core of positive thinking - which is also the core of glam - is the power of Desire to override the Reality Principle.

The power of wish-speech (childish, magical, narcissistic) to reject reality as a facts-ist regime.

Hence, Billy Liar's opening line: "Lying in bed, I abandoned the facts again and was back in Ambrosia"

Hence, Trump's gainsaying of any element, however small, of consensus reality that is a blow to his own grandiose self-image.

"Trump plainly views the act of lying, or making things up, or contradicting himself with relentless abandon, as an assertion of power — that is, the power to render reality irrelevant, the power to roll right over constraints normally imposed by expectations of consistency or fealty to basic norms of reasoned, factual inquiry.

As Jacob T. Levy has written, these “demonstrations of power undermine the existence of shared belief in truth and facts.” The whole point of them is to assert the power to say what the truth is, or what the truth should be, even when — or especially when — easily verifiable facts dictate the contrary. The brazenness of Trump’s lying is not a mere byproduct of his desire to mislead. It is absolutely central to the whole project of declaring the power to say what reality is.

Trump’s boast about making stuff up in his meeting with Trudeau comes close to an open admission of this. He lied, or made stuff up, because he could, yes, but also because what one wants to be true actually can be made true."

"Billy Liar - the boy whose imagination is larger than his life"

(cf Trump pretending to be his own publicist, variously known as John Miller and John Barron - later the name of his son, intriguingly - procreation as narcissistic duplication, plus he'd already reused Donald for his first-born

(oh yes he's the Great Pretender.... a pretense of Greatness)

The glam parallel supreme (although there are many - Alice "I love to tell lies" Cooper, Bowie) is Marc Bolan.

From an early draft of S+A:


"Right from the start of his career... Bolan told tall tales, offering journalists grossly inflated accounts of real events and circumstances, while promising that would never be delivered and that in most cases never got beyond being an idle fantasy:   TV cartoon series based around him and scripted by him, screenplays for “three European pictures... including one for Fellini”, several science fiction novels on the verge of UK publication. He boasted of having painted “enough for an exhibition” and having “five books finished which I`ve been sitting on for a long time”. Even on the downward slope of his career, he unfurled fantastical plans for a “new audio-visual art form”.

"Music journalists ate it up because it was good copy.  PR man Keith Altham compared him to Walter Mitty: “he knew that people always wanted something larger-than-life, so he always exaggerated. And sometimes he actually began to believe that himself”. Billy Liar is another parallel. The opening line of Keith Waterhouse’s novel is “Lying in bed, I abandoned the facts again and was back in Ambrosia”—the latter being Billy Fisher’s fantasy-land, where he rules as a benign dictator/generalissimo.  For Bolan as for Fisher, reality was a facts-ist regime from which he was determined to secede.  Both came from  humble, hard-graft backgrounds (lorry driver father, market stall-holder mum, in Bolan’s Case) amid prosaic, color-depleted surroundings (the East End of London, rather than the imaginary industrial-mercantile Northern town of Stradhoughton in Billy Liar).  Both escaped through make-believe and making things up." 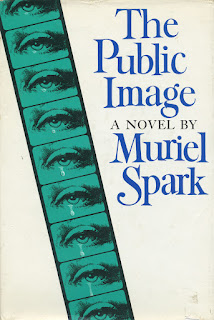 Positive thinking is a form of self-hypnotism, the beaming into the unconscious of "mental photographs", power-poses, heroic self-images, self-actualisation maxims, affirmations etc - a form of internally introjected propaganda.

In The Power of Positive Thinking Norman Vincent Peale (Trump's pastor as a young man) advises: "Formulate and stamp indelibly on your mind a mental picture of yourself as succeeding. Hold this picture tenaciously. Never permit it to fade. Your mind will seek to develop the picture ... Do not build up obstacles in your imagination."

Poz-thinking infected forms of religion (e.g. Joel Osteen's prosperity gospel) (although positive thinking is itself a religion, a perversion of Protestantism) explicitly encourage believers to avoid contact with viewpoints that contradict one's wishful thinking. Osteen sermonises about how one's seed-of-greatness will not flourish in a soil of negativity - it is imperative to surround yourself with positive people (i.e. people who will not discourage you with their more reality-based judgements and lowered expectations, fatalists of every stripe). Similar to the techniques of Scientology, where the organisation encourages / forces the convert to abandon friends and family members who are not down with the positivity program and to instead spend one's entire social life within the belief-reinforcing enclosure  of the community of believers.

Another way of doing this is to constantly reshuffle your cabinet to get rid of realists, people who give any credence to the expertise of the reality-based community.