"cos he was trying to deglamorize himself"

from a film by the British Pop Artist Derek Boshier, the still features Alice Cooper, The Sweet, and, I think, Bowie

Boshier would later do the cover of Lodger, in collaboration with the photographer Duffy


Boshier also did artwork for Let's Dance, and stage sets (albeit unused) for the Serious Moonlight  tour - when Bowie I guess was trying to re-glamorize himself - or at least become a pop superstar again 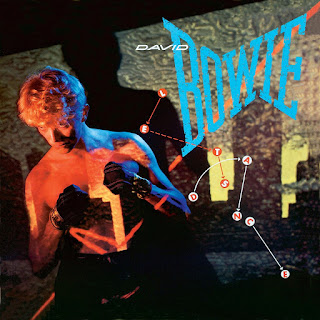 And here's more on Boshier's working relationship and friendship with Bowie