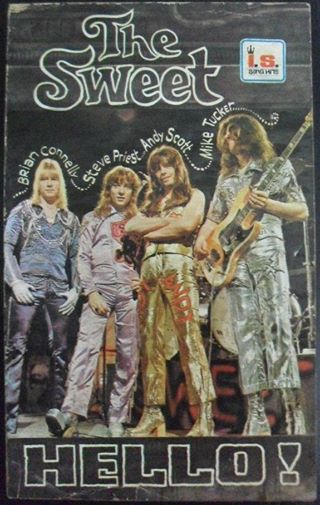 A medley of Priest-ly bits from Shock and Awe's chapter 4, "Teenage Rampage": 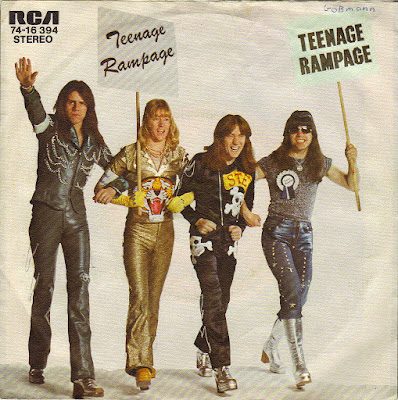 "The Sweet’s first really monster-sized hit, reaching Number 1 in early 1973, “Blockbuster!” debuted what became a fixture of subsequent Sweet hits:  the interjection of a few lines of campy histrionics from Steve Priest, in this case the flustered, eyelash-fluttering “We just haven’t got a clue WHAT to do!” “Steve’s bit was something that came up in the studio,” says Nicky Chinn. “And from that point on, he always had a vocal bit in the songs, and he always sounded crazed.”

"... Where The Sweet had the greatest input into their career’s direction was funnily enough their image: clothes, showmanship, persona....  Their dalliance with excess started as far back as “Wig-Wam Bam”, when The Sweet glammed it up for their Top of the Pops appearance, with Andy Scott flouncing about with a hand-bag and Steve Priest sporting a Native American head-dress.  Because singer Connolly consistently avoided gender-bending, choosing to lean on his natural good looks and long blonde hair, bassist Priest became the instigator of androgynous mischief.  Milky skin, wavy red hair, puckered lips.... “I looked like a twelve year old girl,” Priest later recalled. 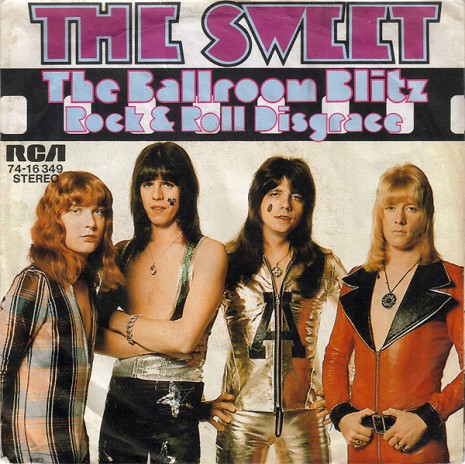 Steve Priest, looking milky, on the left side of the pic sleeve.

"After his fancy-dress Native American look, Priest escalated to wearing cat’s eye make-up and green hot pants over red tights. The climax came with the infamous Christmas 1973 appearance in which Priest dressed up as “a gay SS stormtrooper”.  What the look lacked in historical authenticity – the helmet Priest wore was from the First World War  - was made up for in cheap shock: less than thirty years after V-Day, the swastika arm band and Hitler mustache were still fearfully offensive to the generation that lived through the actual Blitz as opposed to just the “Ballroom Blitz”." 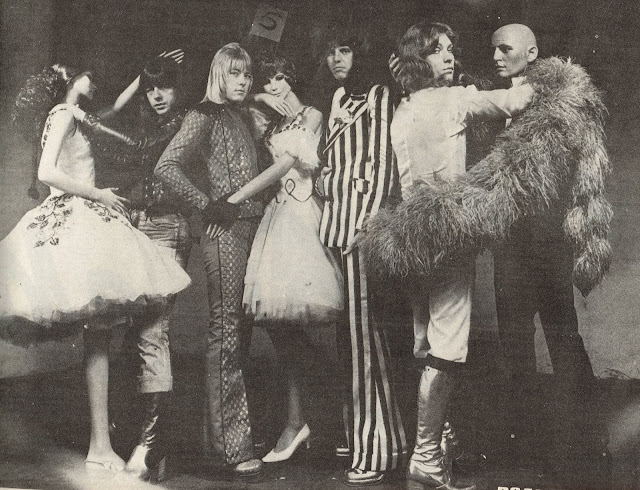 Steve Priest, on the right, in a clinch with the only man mannequin in the bunch 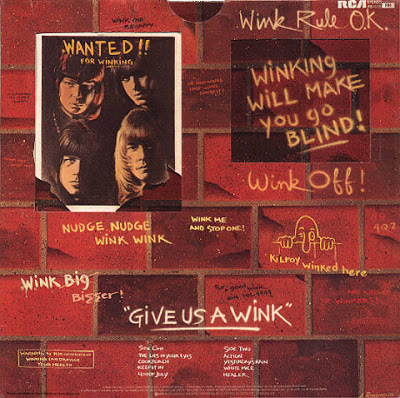 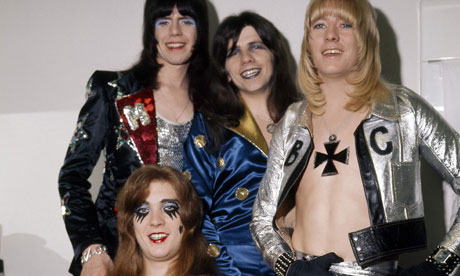