- Bubble, a "glamourpod" - a shape-shifting, alien entertainer, - as played by Rihanna (and a squadron of CGI technicians) in Valerian and the City of a Thousand Planets

Love the witty play on the word "drag" there

1. Magic, enchantment, witchcraft; a spell, especially one affecting the sight, as in phrase  to cast the glamour ower someone

"This species of witchcraft is well known in Scotland as the glamour, or deceptio visus, and was supposed to be a special attribute of the race of Gipsies" - Walter Scott

Film is the usual CGI-addled farrago of excessively plot-twisty action, but me and the daughter both like the actress with the eyebrows

- September 30, 2017 No comments:
Email ThisBlogThis!Share to TwitterShare to FacebookShare to Pinterest

"From there he could see a ten-acre field of cockleburs spotted with clumps of sunflowers and wild gum. In the center of the field was a gigantic pile of sets, flats, and props. While he watched, a ten-ton truck added another load to it. This was the final dumping ground. He thought of Janvier’s "Sargasso Sea." Just as that imaginary body of water was a history of civilization in the form of a marine junkyard, the studio lot was one in the form of a dream dump. A Sargasso of the imagination! And the dump grew continually, for there wasn’t a dream afloat somewhere which wouldn’t sooner or later turn up on it, having first been made photographic by plaster, canvas, lath and paint."

Nathanael West, The Day of the Locust

“Their boredom becomes more and more terrible. They realize that they’ve been tricked and burn with resentment. Every day of their lives they read the newspapers and went to the movies. Both fed them on lynchings, murder, sex crimes, explosions, wrecks, love nests, fires, miracles, revolutions, war. This daily diet made sophisticates of them. The sun is a joke. Oranges can’t titillate their jaded palates. Nothing can ever be violent enough to make taut their slack minds and bodies. They have been cheated and betrayed. They have slaved and saved for nothing.”

Nathanael West, The Day of the Locust
- September 28, 2017 No comments:
Email ThisBlogThis!Share to TwitterShare to FacebookShare to Pinterest

"I suppose he'd had the name ready for a long time, even then. His parents were shiftless and unsuccessful farm people—his imagination had never really accepted them as his parents at all. The truth was that Jay Gatsby of West Egg, Long Island, sprang from his Platonic conception of himself. He was a son of God – a phrase which, if it means anything, means just that – and he must be about His Father's business, the service of a vast, vulgar, and meretricious beauty. So he invented just the sort of Jay Gatsby that a seventeen-year-old boy would be likely to invent, and to this conception he was faithful to the end...

"... His heart was in a constant, turbulent riot,. The most grotesque and fantastic conceits haunted him in his bed at night. A universe of ineffable gaudiness spun itself out in his brain while the clock ticked on the wash-stand and the moon soaked with wet light his tangled clothes upon the floor. Each night he added to the pattern of his fancies until drowsiness closed down upon some vivid scene with an oblivious embrace. For a while these reveries provided an outlet for his imagination: they were a satisfactory hint of the unreality of reality, a promise that the rock of the world was founded securely on a fairy's wing."

(one of B. Ferry's favorite books)
- September 27, 2017 No comments:
Email ThisBlogThis!Share to TwitterShare to FacebookShare to Pinterest

- September 26, 2017 2 comments:
Email ThisBlogThis!Share to TwitterShare to FacebookShare to Pinterest

an interview I did with David Lichfield at The Work Trials. Topics covered include glam rock, radio rap, poptimists turning against pop, "Retro - still a problem?", life in the US versus life in the UK, and  the ineffectiveness of eloquence as a weapon against the Trump bloc(kheads).

On the glam past:

"One of the things about these glam TV memories is that Top of the Pops was a context that was very variable – you had the really middle-of-the-road performers, you had novelty singles, singles by comedians, you had sort of generic pop groups, then you’d have hairy groups like Hawkwind on there. Then suddenly you’d have weird teenage-oriented groups all covered in spangles. One of the things I didn’t actually discuss in the book but was in an early draft, was how Top of the Pops had certain visual special effects – I think one of them was called howlround - things that probably now look really cheap but at the time looked mind-blowing. For instance, the whole screen would go this metallic purple, and Marc Bolan would become this sort of purple haze figure. They would use these effects a lot, specifically on glam groups. They seemed to know it wouldn’t really work on the Brotherhood of Man or Tony Orlando – the MOR groups would be filmed flat, but T-Rex and The Sweet would get all these plastic-fantastic effects on them where suddenly the screen would go all trippy. That had a pretty big impression on me as a child. It seemed like a really suitable effect to use on these bands, with it being very psychedelic but also plastic and artificial-looking, with a cheap sci-fi feel. They would also use it on people like Gary Glitter to fit their sort of trashy, bubblegum sound. That’s really the main thing I remember from that era, seeing these bands swathed with those special effects on Top of the Pops."

On the pop present:

"We’ve seen a lot of serious artistic statements being made and written about endlessly with think pieces and highly serious, intense analyses of things like Lemonade and the Solange record for instance. You could say pop has become the new rock, with a somewhat didactic, improving, rather worthy form of writing being produced around it, in exactly the same way critics would have written about Bruce Springsteen or U2, using a language and a tone that makes you feel like you’re in school basically. The other thing I noticed was that, amongst the people some of us call “poptimists”, is that they saw 2016 as the worst year for pop music ever."
- September 25, 2017 No comments:
Email ThisBlogThis!Share to TwitterShare to FacebookShare to Pinterest 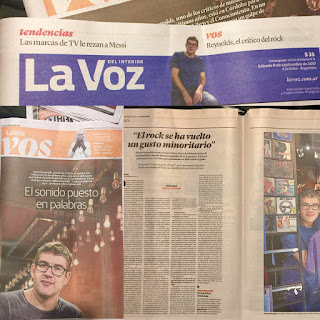 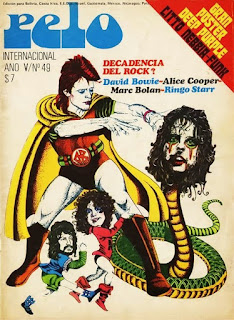 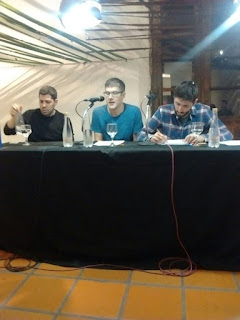 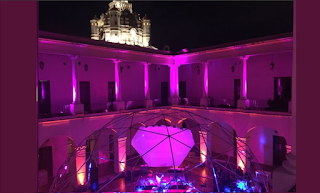 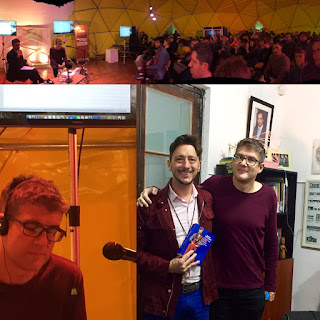 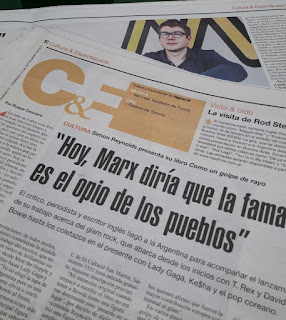 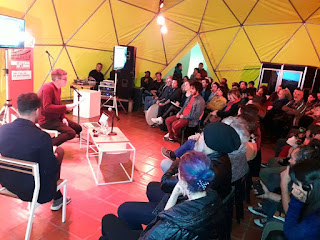 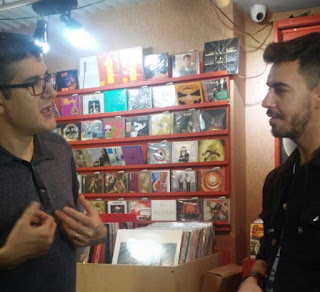 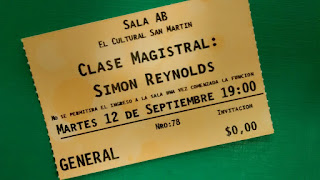 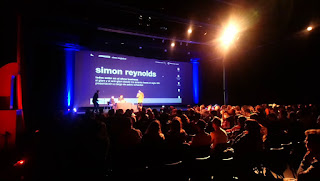 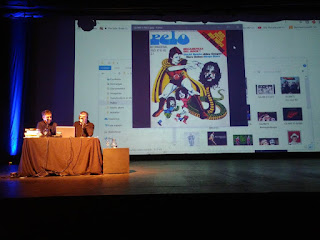 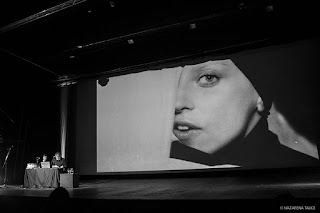 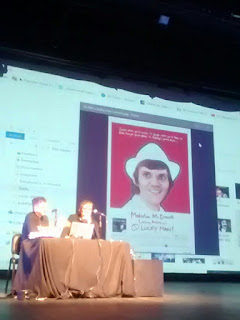 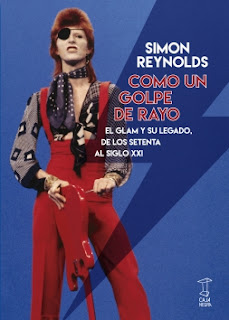 Below a couple of sonic highlights from the trip. More on the first of these to follow soon on Blissblog.