You got to hand it to capitalism - selling us our chains, seductively guised as liberation and self-realisation

Here Roxy's "In Every Dream Home A Heartache" - a song about the hollowness of consumer desire, reification of the self and the other - is used to soundtrack a commercial that connects an overpriced fragrance, whose proper realm is Duty Free and the pages of Vogue,  with pagan revels and going wild in the country

It's some kind of edit, the song as heard on this Gucci Memoire ad - "standards of living" (intoned numbly by the dead-inside protagonist) shoved up right up against "but you blew my mind" - the trigger for the Dionysian freakout

Ballard would probably have loved this ad

It connects perhaps to his later novels -  the rage of the the privileged - how no one secretly craves  revolution, or at least chaos / collapse, more than the class that created and maintained the world-as-is 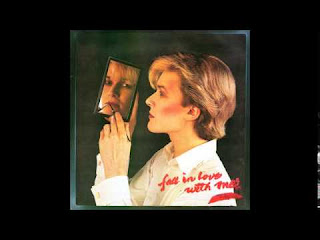 an ancient (June 2003)  Blissblog post inspired by K-Punk on David Sylvian and Japan  - this is one of the seeds of Shock & Awe, although there are earlier seeds in Sex Revolts and Melody Maker writings on World of Twist and  Last Few Days...  and even pre-seeds going back to Monitor days:

The escape artist. Mark’s mini-essay on Japan is so immaculate and exquisite, it seems almost churlish to say that, actually, I find “Ghosts” rather a moving song. I’m not alone either--there’s the missus (possibly America’s #1 Japan fan-- a lonely breed), and there's Goldie (he sampled it on Rufige Cru’s neglected classic “Ghosts of My Life”, a masterpiece of svelte darkcore), and Tricky ("Aftermath" has a sample from "Ghosts", right, or a lyric-quote?), and maybe even Dizzee Rascal (judging by the
the Sylvian-Sakomoto vibe on ‘Sittin’ here’ and “Do It”, the two melancholy songs that bookend Boy In Da Corner). Carrying on previous trains of thought, I suppose my question is: would it actually diminish the song to believe it had some source or emotional referent in David Sylvian’s real life? To take it as both haunting and haunted. He’s very stylized as singers go but it seems like “beautiful sadness” is something that runs through a lot of his work (along with the quest for serenity) and you could see him as having less to do with a mannequin like Steve Strange and more with Scott Walker, or Nick Drake, or even Frank Sinatra (melancholy given poise, pain contained through elegance). Or Ian Curtis--“Ghosts” in some ways seems like a sister song to “Love Will Tear Us Apart”.
Whenever I see someone who has pulled off a really drastic form of self-reinvention, gone all the way with artifice and masquerade--be it Strange, Numan, Leigh Bowery, Marilyn Manson--I always wonder: what are they running away from? It takes so much energy to do that and to maintain it. (I can barely muster the strength to look halfway presentable to the world).
With Sylvian, perhaps the word “Catford” is explanation enough. No slight to that town but if it’s like 95 percent of the UK or anywhere else for that matter, then you can imagine why the sparkle-starved, culture-famished David would want to dedicate his life to exquisiteness, alien glamour, forbidden colours, to turn himself into a perfect surface, to get away and never go back. But there’s something more, I suspect: thinking of him performing "Ghosts" on TOTP, the excessive poise and stillness, the statuesque quality of his vocals (a frieze of emotion, almost), the perfectly made-up blank white expressionless facade, to me it all screams internal struggle, damage in the depths. Real ghosts in his real life.
“Lines of flight” always carry with them traces of what’s left behind. Can we even conceive of escape or reinvention of the self without registering what's being escaped from, or acknowledging the raw, base matter that is remoulded into a human art object?
I think you could work up another reading of Sylvian, not opposed but supplementary to Mark’s.
It might cue off Penman’s riff about class and Bryan Ferry’s voice, how its alien-ness was produced by the struggle of a Geordie trying to sound debonair --and how that slightly grotesque quality disappeared when he perfected the po(i)se and shed the last traces of Tyneside. (Joy says one of her Japan fan acquaintances had managed to find a very early radio interview with Sylvian where he's talking with a thick Catford accent--again the struggle, the effort that goes into changing one's voice). It might then proceed to examine Bowie/Roxy and the glam end of artrock, its motor fantasy of stepping outside the lowly world of production into a sovereign realm of pure unfettered expression and sensuous indulgence, an imaginary and fictitious notion of aristocracy (more Huysmans than real lords who have to do humdrum things like manage their estates, juggle their investments, do a bit of arms dealing). It might pause to consider briefly the disillusionment of actually achieving the supermonied aristo life--Ferry, condemned to mooch jaded forever through art openings, fashion shows, all tomorrow’s parties (that old tis better to journey than arrive line). It might also look at the history of Orientalism and its relationship with dandyism. The Far East and its codes of etiquette, the extreme stylization of emotion in its art; grace and symmetry. (Didn’t Barthes write a whole book about Japan--the country, not the group!--called something like Empire of Signs, one of its ideas being Japanese culture as a realm of surfaces, where the depth model is abolished--he had this idea that the Japanese don’t think eyes are windows to the soul, they see them as attractive but flat planes). There must be some connection between artrock’s ruling-class fantasies and ideas of China or Japan as extremely well ordered, disciplined, hierarchical societies. There’s a bit of totalitarianism chic going on--Mao, the Emperor, Mishima etc--that parallels Bowie’s “what this country needs is a really strong leader” flirting with fascism phase, or Iggy with his “visions of swastikas” and plans for world domination (and those are lyrics from “”China Girl” come to think of it). As reheated by the New Romantics: Spandau Ballet’s Journeys To Glory with its noble torso statuary on the cover and Robert Elms’s faintly fascistic sleevenote, the whole idea of a Club for Heroes. Glam's tendency (through its shifting of emphasis toward the visual rather than sonic, spectacle rather than the swarm-logic of noise and crowds) towards the Classical as opposed to Romantic. Glam as anti-Dionysian. The Dionysian being essentially democratic, vulgar, levelling, abolishing rank; about creating crowds, turbulence, a rude commotion, a rowdy communion. Glam being about monumentalism, turning yourself into a statue, a stone idol.

“Ghosts” is one of only two things by Sylvian I paid money for, so maybe Mark is right about it being exceptional in the Japan canon for its overt emotion; other stuff, like “Art of Parties”, sounds great but was a bit disengaged for me. But per Mark’s reading, maybe that’s what great about it, the slink of the surfaces.

The other thing was “Bamboo Music/Bamboo Houses” by Sylvian-Sakomoto: amazing drum programming. (Still haven’t heard “Riot In Lagos”--somebody help me out here!).

The China/Japan totalitarian chic thing doesn’t run deep, sure… it’s appropriately shallow, flirtation with decontextualized signifiers in true glam style. Still I notice that there’s a song called ‘Communist China’ on the first album, while on the Teutonic tip there’s “Suburban Berlin” and “Nightporter” which I assume is inspired by the Dirk Bogarde as Nazi-in-hiding movie. They also have a tune called “Rhodesia” bizarrely enough---surely the only rock song about this white-power pariah of the world community state, although i daresay there's a roots reggae tune of the same title.

That bio Mark links doesn’t mention “class”’ as such (maybe press releases should come with sociological data). But I’d hazard a guess re Sylvian: he’s from that upper W/C, lower M/C indeterminate greyzone whence so much great UK pop stems.

The later stuff’s not as barren as Mark makes out (although I once dismissed Sylvian solo as “jet-set mysticism”, while Jonh Wilde’s description of his voice as sounding like hair lacquer struck me as uncomfortably apt). But the “Gone To Earth” instrumentals are lovely in a Durutti/Budd/John Abercrombie sort of way, while things like “Orpheus” and “Waiting For the Agony To Stop” have a certain Scott Walker-goes-ECM grandeur. But I would swap his entire solo career for “Adolescent Sex” the title track of the first Japan album. It’s like disco-metal or something, its sashaying glitterball raunch and cokane dazzle suggesting a whole lost future or parallel pop universe. It’s like Guns N’Roses “Welcome To the Jungle” produced by Daft Punk circa “Digital Love” or something. This totally plasticized, artificial rock music that still rocks. (The only thing I’ve heard like it is some tracks made by Last Few Days, a second-tier industrial group who circa ’89 totally reinvented themselves as this glammed avant-raunch outfit and got a major label deal. Then they unwisely went house and that was that).

It’s interesting how Japan (and Foxx-era Ultravox too come to think of it) had so many of the same inputs and reference points as Siouxsie & the Banshees---Roxy, Velvets (Japan covered ‘All Tomorrow’s Parties’), Dolls, Eno, Bowie, similar movies and books too I’ll bet, similar flirtations (that decadence/fascism/S&M/voyeurism) and shtick (ice queen, don’t touch me, regal remoteness, I am a machine, metal will rule in my master scheme). And yet the Banshees were deemed "punk" and all through this period Japan and Ultravox were jeered at as glam johnny-come-latelys, throwbacks. If you reconfigured glam as the true 70s revolution/upheaval in 70s UK pop, and made punk into its aftershock, you might get some interesting results.


Mark quotes Penman on the later Ferry stranded in an “autumn swirl of shrivelled or dying signs (that once were lustrous: 'dance' - 'drug' - 'love'), making solemn play of an immensely empty escape in the facades of an eternal tone - windswept, misty, limpidly sensual, banal.” The comeback Roxy is something I’d probably have mostly disregarded at the time, except in an idle radio enjoyment way--not sure I’d even heard the original Roxy then, so had no disappointment or betrayal to bring to the table. But I always really liked the glint-swirl synths of “Same Old Scene” and in retrospect this wanly elegant later Roxy/Ferry--“More Than This”, “Avalon” even--has a certain narcotic allure. Weirdly, it’s like Ferry’s arrived at his own wispy aristocratic version of ambient music.
- August 13, 2019 2 comments:
Email ThisBlogThis!Share to TwitterShare to FacebookShare to Pinterest
Labels: DAVID SYLVIAN, Dollar, JAPAN, K-PUNK, MARK FISHER, mirror stage, mirrors, narcissism, New Romanticism, Nu Glam Eighties
Newer Posts Older Posts Home
Subscribe to: Posts (Atom)