"Bolam, while he was working on The Likely Lads, shared a flat in Barnes, South West London, with a diminutive young up-and-coming singer named Mark Feld, who later (according to many accounts) 'adapted' his flat mate's surname to re-emerge as Marc Bolan. It would, for many actors, have served as a sound source for countless anecdotes, each successive one slightly more embellished for full and fresh chat show effect, but James Bolam, as usual, never discussed the matter in public"

- July 31, 2020 No comments:
Email ThisBlogThis!Share to TwitterShare to FacebookShare to Pinterest 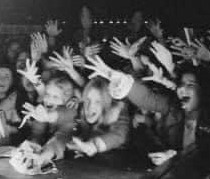 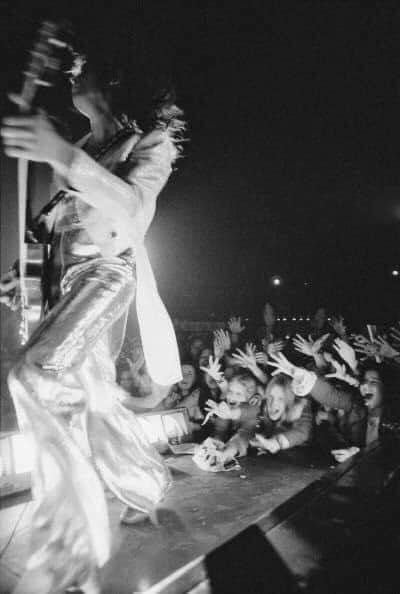 via Ned Raggett (via Neil Kulkarni)
- July 26, 2020 No comments:
Email ThisBlogThis!Share to TwitterShare to FacebookShare to Pinterest
Labels: MARC BOLAN


"The single was... mainly determined by what was left out... “we wanted to make it purely a tune and rhythm with no embellishments like harmonies or chords.” Mike Leander claimed that it was not black music, but in some sense, a rock’n’roll record. The r’n’r is “deep down”, but it seems to me to be mainly there by association, by lyrical suggestion. What there IS is a minimal dance-track, unprecedented except perhaps for James Brown’s spare disco breaks, and vocals that are mixed well back, with a fast, slight echo that makes them disembodied, all attack and no decay, all hard edges and hardly inflected. When the Human League covered it, it could have been a manifesto for vocals-and-synths-only, and the cover could only succeed in so far as it managed not to add anything" - Paul Oldfield, Monitor #4, October 1985 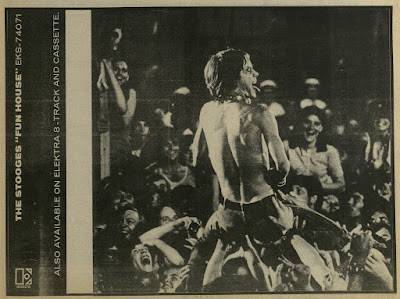 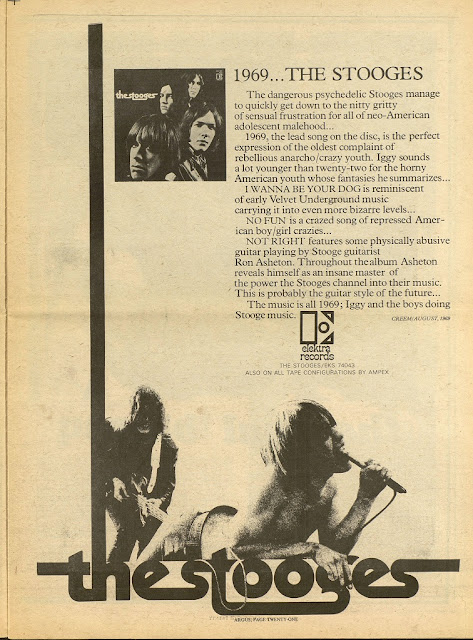 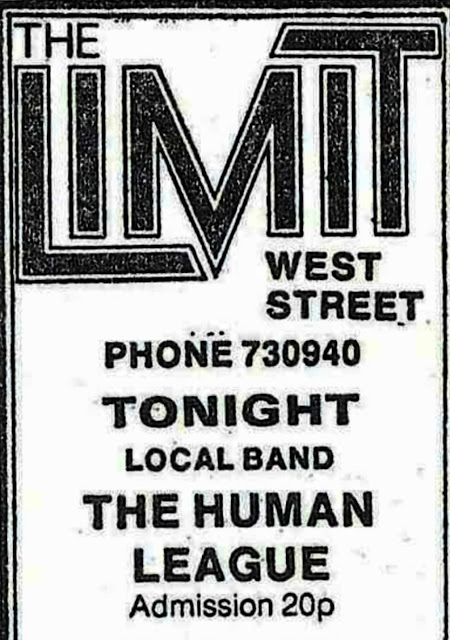 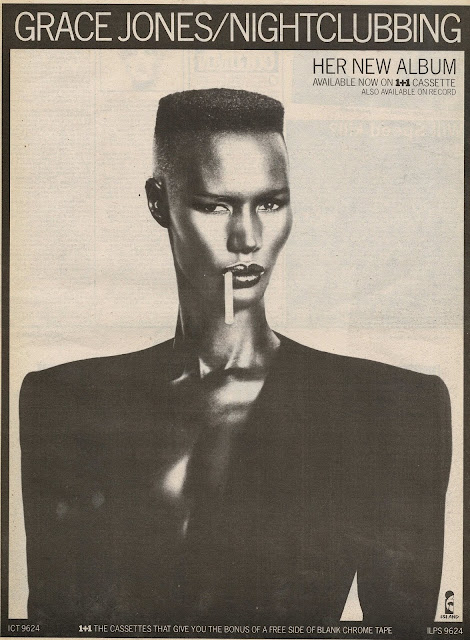 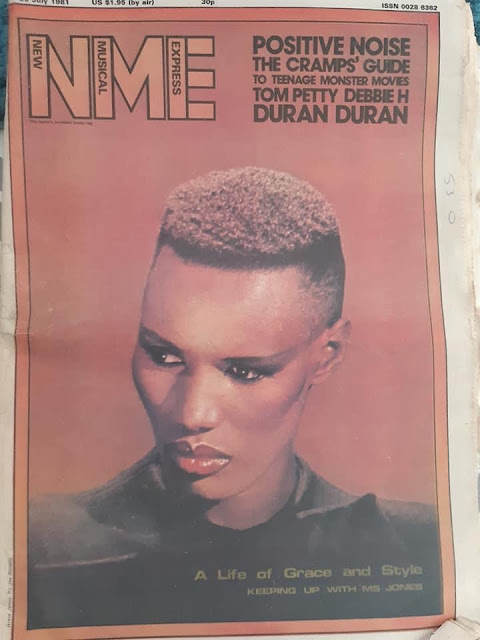 An excerpt from MASKS: Bowie & Artists of Artifice,  edited by J. Curcio, published by Intellect Books -

Perusing the J. Curcio essay "Bowie’s Occult Art, and the Enigma of the Monster"  I came across this bit and instantly thought, "aha, this is cofveve innit?" ie. the supposed gibberish that Trump once tweeted to the amusement of the world.

"The concept of kayfabe, familiar to most wrestling aficionados, is a 24/7 factor in the lives of many celebrities. Nick Rogers explains in a 2017 New York Times op-ed: [F]or at least 50 years “kayfabe” has referred to the unspoken contract between wrestlers and spectators: We’ll present you something clearly fake under the insistence that it’s real, and you will experience genuine emotion. Neither party acknowledges the bargain, or else the magic is ruined. […] The artifice is not only understood but appreciated: The performer cares enough about the viewer’s emotions to want to influence them. Kayfabe isn’t about factual verifiability; it’s about emotional fidelity.

"The relationship of kayfabe, camp and irony is difficult to map out in any precise terms, but they surely all play significant roles in the social phenomenon of “Bowie”, as well as most of the social and artistic movements Bowie appropriated his inspiration from. Most of us understand the Bowie we know is a construct, but our relationship remains “authentic” nevertheless."

A little bit of googling and I discovered some others had made the connection:

""Covfefe" is no mystery. It was Trump's misspelling of "kayfabe," a wrestling term with which he would be familiar, considering his ties to Vince McMahon and the WWE. The concept also explains a lot about Trump and his supporters." - source unknown

'Although the etymology of the word is a matter of debate, for at least 50 years “kayfabe” has referred to the unspoken contract between wrestlers and spectators: We’ll present you something clearly fake under the insistence that it’s real, and you will experience genuine emotion. Neither party acknowledges the bargain, or else the magic is ruined. ... The aesthetic of World Wrestling Entertainment seems to be spreading from the ring to the world stage. Ask an average Trump supporter whether he or she thinks the president actually plans to build a giant wall and have Mexico pay for it, and you might get an answer that boils down to, “I don’t think so, but I believe so.” That’s kayfabe. Chants of “Build the Wall” aren’t about erecting a structure; they’re about how cathartic it feels, in the moment, to yell with venom against a common enemy.' - New York Times

"Most believe life isn’t art, precisely because it lacks the mediation of artifice; “real” comes to mean “unplanned”. And therein lies our self-deception. In Goffman Erving’s The Presentation of Self in Everyday Life, most social roles are established in a manner virtually indistinguishable from those embodied by artists.

"Deleuze writes in Difference and Repetition, ‘The masks do not hide anything but other masks […] The same thing is both disguising, and disguised’.

"Simon Critchley summarizes Bowie’s artistic method in this way, ‘Art’s filthy lesson is inauthenticity all the way down, a series of repetitions and re-enactments: fakes that strip away the illusion of reality in which we live, and confronts us with the reality of illusion’.
True originality would be a form of madness.

"At least in regard to “the squares”, a rock star is some kind of ‘monster’.

"As Bowie put it in 1972, ‘The artist doesn’t exist. He’s strictly a figment of the public’s imagination. None of us exist. We’re in the twilight zone. We’ll all go to hell, ’cause we set ourselves up as gods’.
- July 11, 2020 5 comments:
Email ThisBlogThis!Share to TwitterShare to FacebookShare to Pinterest
Labels: ANTI-THEATRICALITY, ARTIFICE, bowie, COFVEVE, KAYFABE, MASKS, MONSTERS, ROLEPLAY, TRUMP, WRESTLING 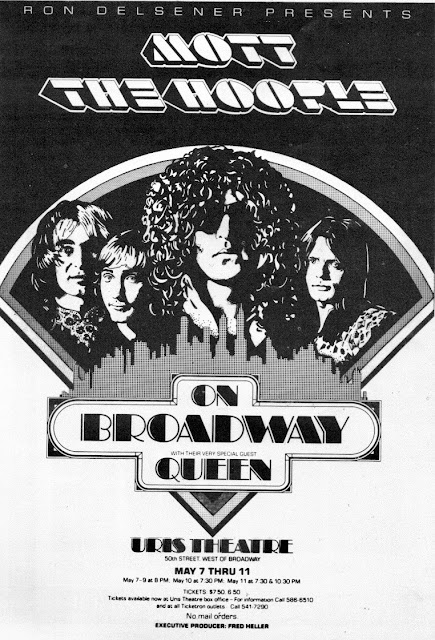 A silly band, really -  far more credible than they should be, given their concocted nature - very trapped in time indeed - and despite all that, made some fabulous records.

In that sense, quintessentially glam