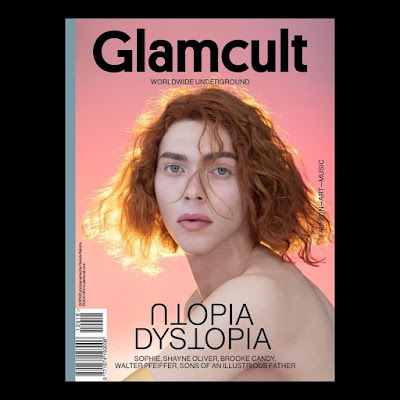 Shock and Awe was finished in January 2016 - a few weeks after the death of David Bowie - but if it had been completed a few years later, I would definitely have included SOPHIE in the long end section called Aftershocks: A Partial Inventory of Glam Echoes and Reflections.

Because "Faceshopping" in particular is a digi-glam tour de force.

Here's what I said about the video-single in the infamous C-tronica piece:

"The 2018 song and video works simultaneously as a critique and a celebration of the idea of self-as-brand, drawing inspiration equally from 21st century social media and from the tradition of flamboyant display in ballroom and drag. A digital simulacrum of Sophie’s face—already a stylized mask of makeup—is shattered and reconstituted using computer-animation effects.

Here's some further thoughts aired on Dissensus and elaborated a bit:

... What intrigued me about SOPHIE is this collision of extreme exteriority but then still a lingering belief in the idea of interiority.

In interviews,  SOPHIE sometimes used the words "authentic" and "authenticity" as positive terms

An idea continued on the album's other single "It's Okay To Cry", which contains the line "I think your best side is your inside"

Again playing on the contradiction between exteriority and interiority: the photographable pose ("your best side") versus deep hidden truth ("your inside").

Between selfie and self.

Tears as a tear in the 2D image presented to the world. The abject inside leaking out.

The Superflat SuperSelf.   Surface as Shield. An inscrutable mask.

So there's a tension that is unresolved between the allure of digi-glamour (creating doctored images  - selfies or videoworks - and disseminating them for unknown eyes) and a lingering longing to be real, to be unprotected and honestly vulnerable,  nakedly pathetic even.  Because the truth is also weakness and damage.

That is further enacted in the songs not just thematically but in the sound itself - a combo of super-glistening surface sheen and hyper-contoured sounds versus messy splurges of sound and tearing, shredding percussion....

The immaculate  versus maculate (the latter sound-palette evocative of stress, abjection, fragility, torsion).

A sonic dramatization of a fraught mental space caught between the opposed demands of exteriority versus interiority ..   expressive also of an unresolved tension between the idea of the self as performative and constructed versus the idea of identity as innate and fated.

"Dramatization" is the word  - with the kind of music made by SOPHIE and others, there's a feeling that the music is staged. You don't  immerse yourself in the sound, lose yourself in it; you almost look at it. It enthralls you, but you remain external to it, at a distance: watching it as a sonic spectacle. A ceremony.

That's why the phrase "tour de force" feels right. It's hard for me to imagine someone listening to "Faceshopping" in a habitual sort of way. It's too imposing. More like a show, an event to experience  rather than something that can accompany  everyday activity.

A flagellant pageant of ritual rhythm.

The opening salvo of lyric, as delivered by Cecile Believe -

My face is the front of shop

My face is the real shop front

My shop is the face I front

I'm real when I shop my face

- also makes me think of a book I read for S+A:  Erving Goffman’s 1959 study of social life as theatre The Presentation of Self in Everyday Life, in which he formulated concepts like “impression management” and the “personal front.”

Today's digi-glamorous Instaglam  spaces - a honeycomb hall of mirrors infinity infested by influencers (people paid to be seen - seen with products) - is like a decentralized and democratic version of the royal court.  A placeless place to be, a poser's paradise.  A festival of facades. (No wonder that the courtly world loved nothing more than a masquerade).

I was curious and keen to hear-see what unearth would come next...

Thought for an essay: contrasting Poly Styrene and SOPHIE,  1970s rad-feminism and 2010s xenofeminism, "when I put on my make-up / the pretty little mask's not me" versus "Scalpel, lipstick, gel /action, camera, lights"

"Identity is the crisis can't you see..."

Daft Punk made a brief cameo in the Aftershocks coda to S+A , as pioneers of the becoming-animation of pop in the 21st Century (alongside... 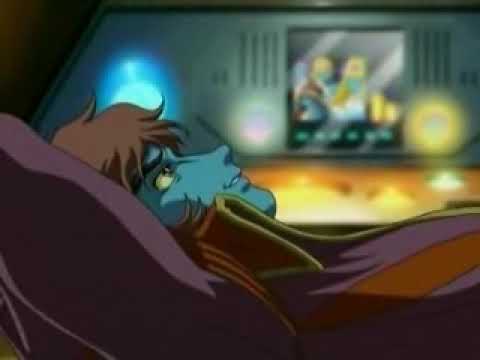