“I loved that the sessions were very live. I also loved the fact that he dressed to record. He wore his stage gear and his platform shoes. He’d be jumping up and down like he was on stage; everything was really great fun. We also invited friends to the sessions, so he liked to see maybe five or six people bouncing about in the control room. He always loved an audience.“

"Everything you hear on a T. Rex record was a live recording; nothing was replaced later on.

"He listened to the early blues players a lot. We both loved R&B and Little Richard. Little Richard was a huge inspiration to Marc. Marc turned me on to James Burton, those great solos on the Ricky Nelson singles.

"His technical knowledge guitar-wise was not great at all. He knew a handful of chords, the right ones, of course, for rock ’n’ roll. He invented his own technique with that very fast vibrato – he had very strong hands.

"He was cut from a different cloth; he invented himself. He had his own thing. To compare him to Ronson and Fripp and others I’ve worked with is difficult as his recording career was too narrow. Ronson worked with loads of other people so you get an idea of where he stood and how he could adapt his style. We can’t make that comparison for Marc because he never really played with other artists. Marc is criminally underrated as a guitarist. All rock ’n’ rollers love T. Rex, and there’s a little bit of T. Rex in every rock ’n’ roll band.“ 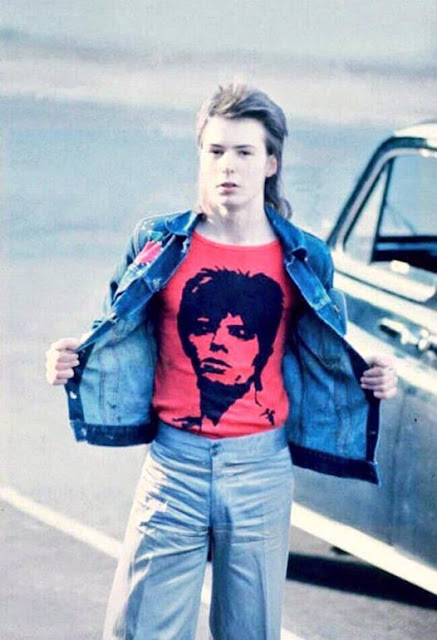